LOS ANGELES (LALATE) – Sizzla is not dead. False death reports about Sizzla Kalonji are swirling uncontrollably Saturday; the fame reggae musician, however, confirmed to news just Thursday that he is doing well after a recent accident. Unlike other recent fake celebrity death stories, today’s allegations about Sizzla don’t appear to have originated from the usual dubious… Continue Rick Ross' private jet made an emergency landing in Birmingham, Alabama, 2 hours ago, en route to his concert in Memphis ... and we found out he suffered another seizure.

It's the second time today where a plane in which the rapper was a passenger made an emergency landing. We broke the story ... Rick… Continue

Rick Ross Out Of The Hospital, Booking It To Memphis! (After A Seizure In The Airplane) 
Rick Ross is unconscious and paramedics are desperately trying to resuscitate him.
Rick was on a flight going from Ft. Lauderdale to Memphis today, when the rapper… Continue

#WTF : Drake Admits He Was Burned by Rihanna Not much has been said about Rihanna and Drake's past relationship following her very public break up from Chris Brown, but Drizzy decided to bare his soul in the latest issue of ELLE.

"At the time it hurt, but she didn't mean to. I'll never put that on her. I was hurt because I slowly started to realize what it was. I guess I thought it was more. That was the… Continue Former 2 Live Crew spitter and king of the Miami hip hop scene, Uncle Luke is tired of rappers using his city like their own personal playground and not giving back to the community.

Luke Skyywalker sent a letter to the Miami New Times warning Lil Wayne, Diddy, DJ Khaled, and any other rapper that the time for exploiting Miami has come to an end. 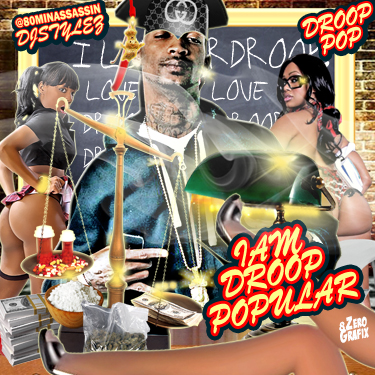 What If Condoms Changed Colors Once They Contacted An STD! ( Lol to da death ) Actor Alec Baldwin caused a firestorm on Twitter last night when he made mention of a Kanye West and Jay-Z song that uses the word “N*gga.”

Baldwin tweeted Sunday about his love for the duo’s song “N*ggas In Paris”, the next single from their Watch The Throne album.… 
WEDNESDAY, OCTOBER 5: Two heroes have spoken of their triumphant efforts to save a baby girl’s life after she suddenly stopped breathing.

Allan and Norris Wilkinson performed vital CPR on the toddler to revive her, with the help of off-duty fireman, Caleb… Continue